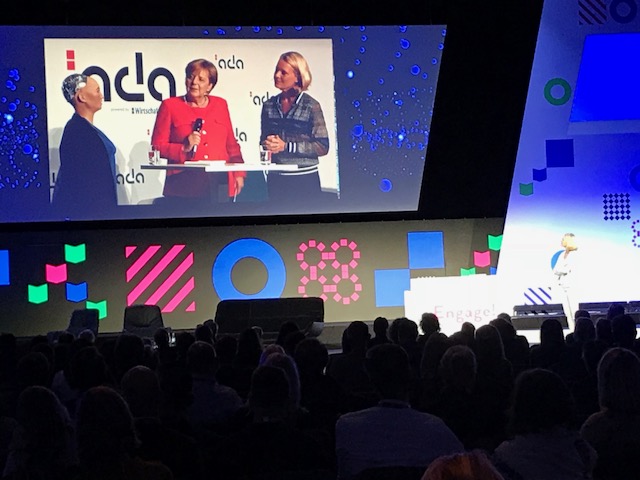 7,000 visitors, more than 400 speakers, all the CEOs of the national German TV channels, Chancellor Angela Merkel and our very own Frank Horlbeck. They were all attendees at Medientage in Munich. Now in its 32nd year, it’s the biggest and best attended media show in Germany and has developed into one of the leading media industry events in Europe. It takes place every year and attracts experts from all fields of the media, including television, radio, print, internet and mobile communications.

Subjects under discussion included AI, diversity in the workplace, doing business in China, censorship and fake news. According to our man on the ground in Munich, Frank Horlbeck: “It is all about blockchain this year. And many of the panels are about machine learning, AI and the shifting media landscape. But speakers like Stephan Dunbar-Johnson, International President of The New York Times and key note speaker and the author Andrew Keen were standing up for real journalism.

Keen says we need to rethink our education systems to teach kids about the stuff that machines will never be able to do, and to start planning a new social security system that will provide a safety net for all the people whose lives will be disrupted by automation.”

The event also offers attendees the chance to try out some of the new technologies that will be shaking up the media world over the next few years including VR and 360. To our eyes, it looks a lot like good fun. 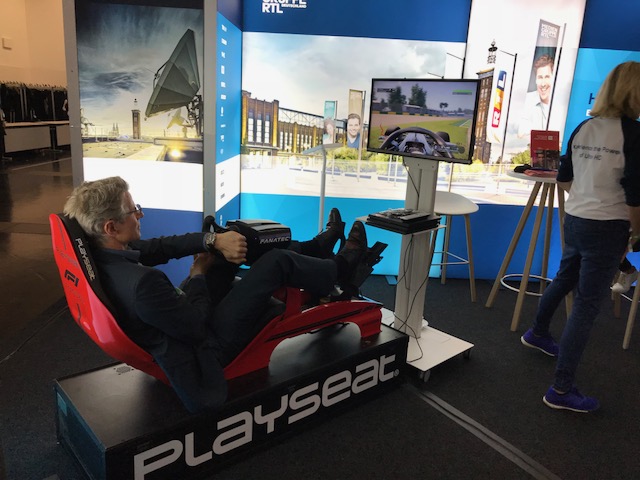