0
Transforming a Davos showpiece
28 March 2019
Next 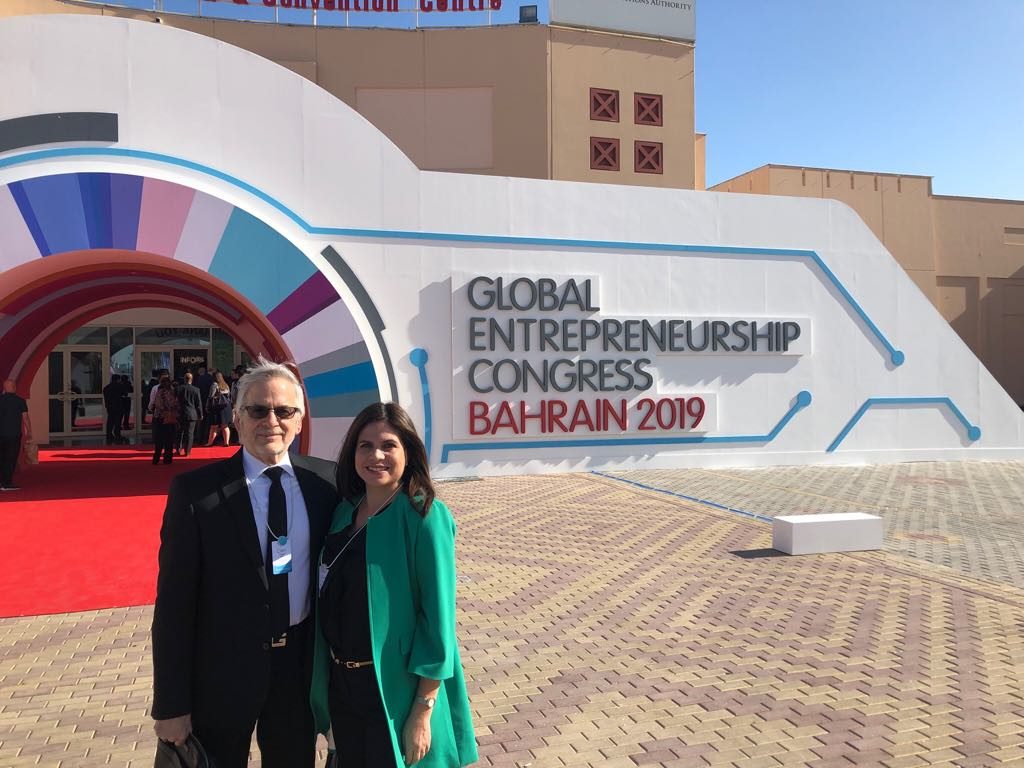 The Global Entrepreneurship Congress is a gathering of entrepreneurs, investors, researchers and policymakers, all with the aim of identifying new ways to help founders launch successful new business ventures around the world. Our expert-in-residence Frank Radice led a host of sessions throughout this year’s congress and provides his highlights of the occasion.

Over 2,800 delegates from 170 countries descended on the Bahraini capital and thriving start-up hub, Manama.

I led my first session with international ministers and senior government members including His Excellency, Mr Zayed R. Alzayani, Minister of Industry and Commerce, the Kingdom of Bahrain. 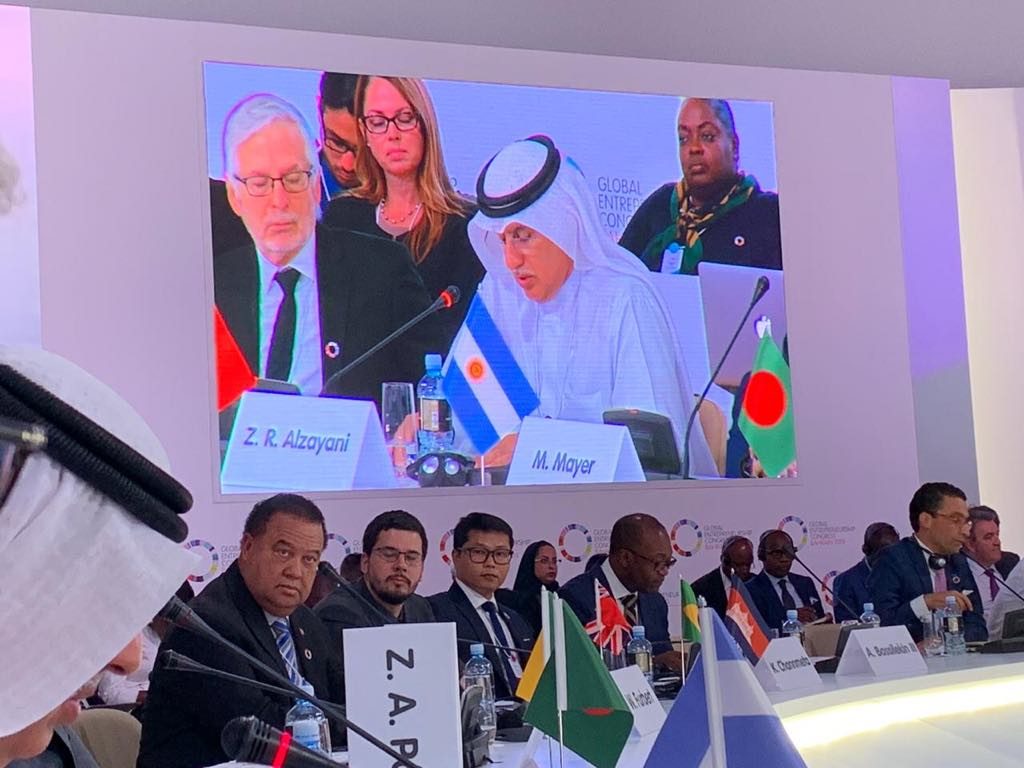 A lively discussion ensued about the innovative strategies international governments are adopting to assist entrepreneurs. I was most fascinated by a story from Sir Joe Bossano, Gibraltar’s Minister for Economic Development, Telecommunications and the Savings Bank, who described how his country created a financially self-sustaining entrepreneurial community from released prison inmates. 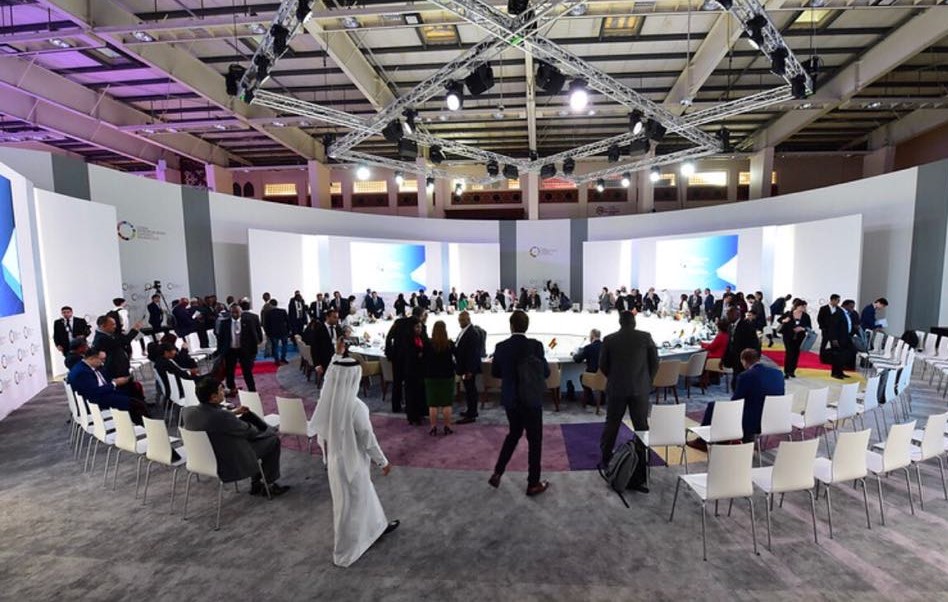 In other debates, I was struck by the lack of access women get to entrepreneurship training and finance, and the four declining start-up sub-sectors measured by new patents – ad-tech, gaming, digital media and ed-tech.

Skype co-creator Jonas Kjellberg has sold companies to the likes of Microsoft, Vodafone and Yahoo. 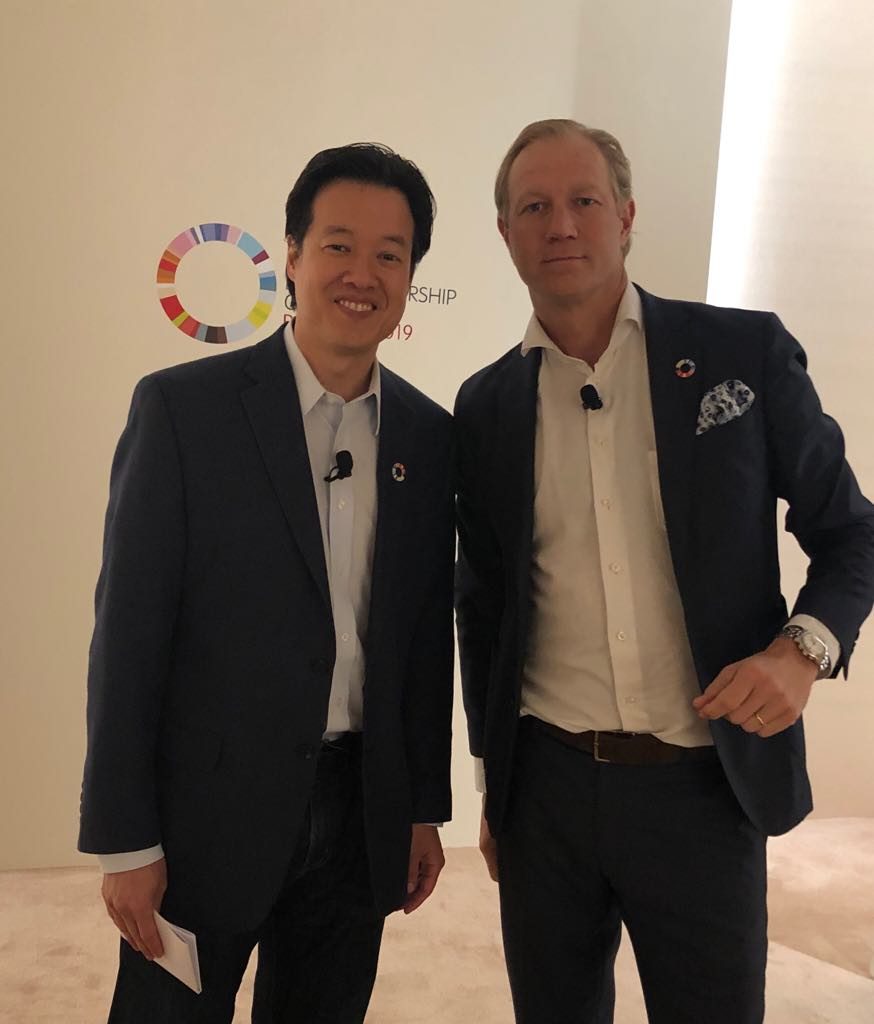 He stole the limelight on the second day, delivering an insightful and entertaining keynote speech, where he questioned the audience … do the big companies beat the small, or do the fast beat the slow? (use your imagination). He also delved into the power of ‘epic’ failure (my opinion – it’s not an option!) and ‘innovating zeros’ (why should starting a company cost anything?).

Everyone ended the day at Block 338 – a row of 18 different types of restaurants and a global street party like nothing I’ve seen before.

I began the final day facilitating a session on ‘Building a Digital Nation’, with Toomas Hendrik Ilves, former President of Estonia, and Arvind Gupta, CEO of India’s MyGov. They hit home the importance of the government and private sector working in harmony, to create a digital infrastructure and community that empowers users and opens entrepreneurial ecosystems.

I also enjoyed a memorable afternoon discussion about entrepreneurship in space – yes, it’s part of the global economy. According to the money guy on the panel, it’s the fastest growing segment for investment, with space layers, astronauts, investors, academics, engineers and scientists leading the way. They are called Astropreneurs, if you’re wondering. 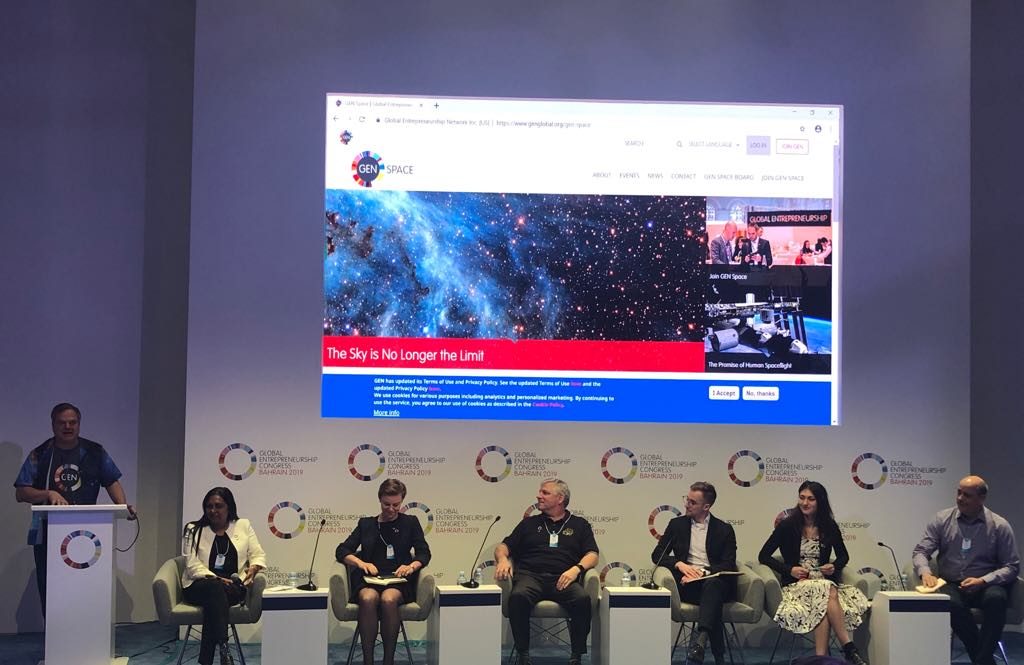 And for the grand finale, four Bahraini start-ups pitched to a panel of judges (just like Shark Tank), with the winner taking home a whopping $25,000 prize. That’s a wrap for the GEC 2019. It was an eye-opening experience, where nations from all over proved even the most unconventional of strategies can drive entrepreneurial spirit and success.